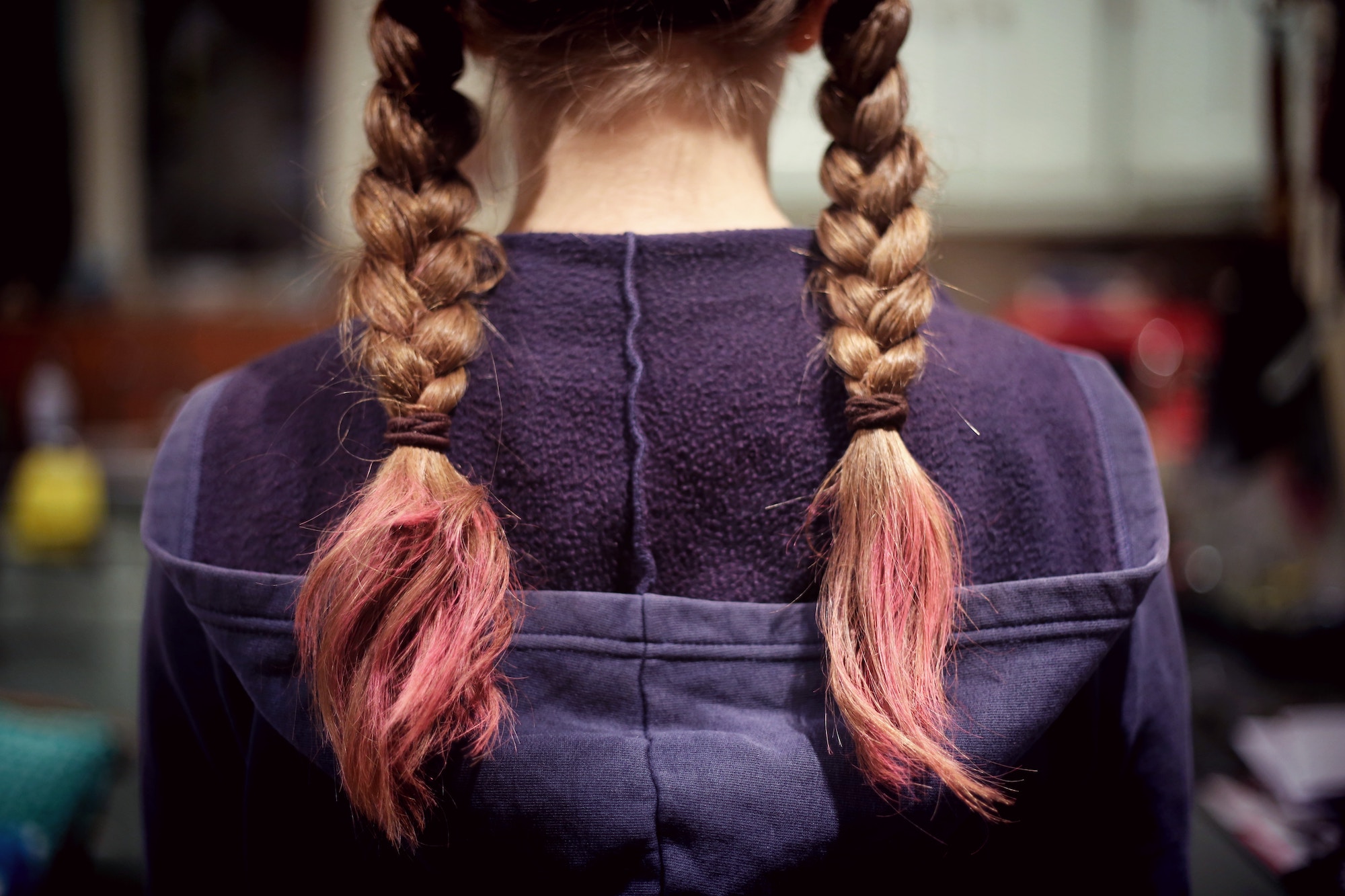 “I prefer to be true to myself, even at the hazard of incurring the ridicule of others, rather than to be false, and to incur my own abhorrence.” ― Frederick Douglass

Two of my children were sitting next to me at Tomodochi’s Sushi Bar the other evening, and my inside-out voice announced my self-deception out loud:

“Dudes… I just said ‘yes’ to the waiter (passing out water in a busy restaurant) because I felt it was polite to say ‘yes’ to his water, even when I wasn’t thirsty. Then I drank the water I wasn’t thirsty for because I didn’t want him to feel like he wasted his time on me.”

Me: (While remembering years and years of sitting in restaurants as a kid, drinking water until I felt like puking because the waiters kept filling my glass and I didn’t want them to feel like they waisted their time on me): “Old habit I guess, but I see it now…and I feel it even more.”

Tonight when I got home from the restaurant, I trolled through Facebook while waiting for my kid to change into her P.J.s – the designated uniform for binge-watching “Marvel’s Agents of Shield.”

My friend, Dominic Scaffaldi, posted this take on the Serenity Prayer that so resonated with the water-waiter thing that it made me laugh out loud:

Grant me the serenity to accept the people I cannot change.

The courage to change direction when I see them coming.

And the wisdom to not try to smack some sense into them when I can’t avoid them.

I sat with that for 30 seconds, and In light of this evening, and moments of late, another version came to me, and I posted in the comments:

Grant me the serenity to accept the people I cannot change.

The wisdom to change direction when I (just don’t have it, and) see them coming.

And (when all else fails) the courage to smack (even if just verbally), because not smacking in order to be polite is the wussie way out.

Compromising my integrity, in order to be polite and liked – for what I’ve completely MADE UP that people want – is a lesson I keep learning over and over in my life.

Less then a decade ago, the burden of people-pleasing and hypervigilance for the approval of others had made me so physically and mentally ill that I had no choice but to surrender to mySELF, and face the reality that no matter what, some people aren’t going to like me. And feeling the disappointment of others, and even breaking someone’s heart, is just a part of being human.

With that surrender came healing, almost over-night… and I thought I had a pretty good handle on the whole ‘being myself’ thing.

But all these little lessons keep cropping-up to tell me I’m not there 100%, and that there are still masters to learn from. Like the discomfort in my body when I’m out of integrity with myself – either from friction in my nervous system from cognitive dissonance (when your actions don’t match your insides); or actual physical discomfort from drinking too much damn water when I’m not thirsty; or recently my 16-year-old daughter.

A couple weekends ago I was in La Connor, Washington at a 3-day seminar with George and Linda Pransky to (for lack of a better description) get an upgrade in consciousness. Over those gray and lashing October days in the Northeast, the one thing I saw most clearly was:

When I’m living out of integrity with who I am moment, I suffer in my bullshit.

But you get an infinite number of resets to make it right, either with yourself or others that you were out-of-integrity with.

You can always go back, say “Sorry, I fucked up,” or, “Dude, I was totally bullshitting you, and me.” And make it right – if it’s in your integrity to make it right (and not just another layer of b.s.)

While I was away having epiphanies about integrity, my eldest daughter was dealing with a social shit-show caused by rumor-spreading, drama addicts in her friend-circle.

I know that there are 3 sides to every story, but here is her’s, peppered with admittedly biased ‘objectivity’ from her mom (“biased objectivity”… totally going to TM that.)

Gi went to a friend’s birthday party. We’ll call him “Kevin” (after our beloved pet rat – who we love and adore because he’s cute, cuddly, smart, and funny… but always aware, he’s a rat).

Gianna hadn’t seen Kevin in months, and they were catching-up in his room, with the door cracked-open. Kevin’s friends, including the girlfriend and the drama-stirrer, walked by and banged on the cracked-open door.

Kevin and Gianna yelled to come-in, and so they did and said: “We just wanted to see where you two were, we thought you were missing.”

Gianna and Kevin got up from their convo and re-entered the fray.

The next day, ‘Duckie’ (what I’m calling Gianna’s boyfriend, after Jon Cryer’s character in “Pretty in Pink” – so perfect for him), sent a screen shot to Gianna of a text he got saying that Gianna had sex with Kevin at his birthday party.

So I’m all immersed in peace and love and deep life exploration in La Connor as my ‘Manny’ (male nanny), Jose, calls to give me this update:

“Hi, Karen. I hate to tell you this… I’m on the way to Westlake High School to pick up Gianna (Gianna no longer goes to school there.) Apparently, some girl spread a rumor about Gianna and Kevin last night, and after Gianna was done with school she took an Uber to Westlake High School, found out what class the girl who spread the rumor was in, and went to the classroom to confront her.

The teacher tried to de-escalate the confrontation, and Gianna told the teacher: “This is not your business. Sit down, shut the fuck up, and mind your own business.”

Campus security came to the classroom to escort Gianna to the principal’s office. I’ve already been told that if she steps foot on the campus again, the police will be called.”

During the meeting in the principal’s office, the investigation scared enough shit out of the culprit to admit that she’d spread a rumor because she was trying to protect Kevin’s girlfriend, but none of it was true.

It also came to light that Gianna got the wrong girl, in the wrong classroom. The girl who actually spread the rumor lied to Gianna, blamed the girl who Gianna ultimately confronted, and high-tailed it out of school to avoid Gianna’s wrath.

So to combine two seemingly unrelated stories: it would never occur to Gianna to accept water when she’s not thirsty. Gianna doesn’t say “yes,” when she feels “no.” And despite mistaken-identity, no one in that classroom, or involved in the ‘Kevin-gate’ scandal, will ever think of f@cking with Gianna ever again.

Gianna, at 16, lives in her integrity most of the time… certainly more than I did up until the age of 37.

Gianna has gone against the status-quo, spit herself out of the public school system because she doesn’t ‘get’ sitting in a classroom for one more day of her childhood to learn a bunch of things she’s not interested in from individuals she may not like, surrounded by teenage drama in-between, just because “that’s the way it is.”

She is my teacher, and a master of: “Just because an idea is popular, doesn’t mean it’s right.”

“It is no measure of health to be well-adjusted to a profoundly sick society.”

A couple years ago, after an incidence like that, she would have had to face ‘consequences’ for her behavior from her parents. Her phone would have been confiscated, her social life limited, her blah-blah hands smacked…. All in effort to make her conform to what’s popular. To conform to what I learned from parents, mentors, and and society that was handed-down to me, that eventually made me ill.

When I got the call from Jose while I was in La Conner, I was pissed. Mostly because it feels like every time I go out of town there seems to be some Gianna-drama (FEELS like, but not always), and I hate to think that my absence from my kids – whether for growth or career – makes them vulnerable.

And then, of course, there was the: “What will people who find out about this think about ME?”

I gave myself an hour after Jose’s call to chill-out. To inquire into WHY was I pissed, and to see if I actually disagreed with what Gianna did. OR if my strife was driven by what I’ve learned about how kids, or humans in general, should act that just ain’t true.

So, after I calmed down, I called Gi and invited her to tell me what happened. And so she did. And when she got to the part: “…So after school I called an Uber to go to the high school…”

Me: “OK! Stop right there. What could you have done differently in that moment?”

Gi: “Called you twice, so you know it’s important. Told you what was going on and have you talk me through it so I didn’t, like, get in trouble or almost-arrested.”

Me: “Yeah dude. I friggin’ APPLAUD you standing up for yourself. I wish I had your balls when I was your age. But with balls comes responsibility in the form of tact and temperence. Your balls will serve you in life… not caring what other people think is strength. But you have to learn to use that to your peace, wellbeing, and advantage… and not run rough-shot over everyone because your boundaries have been breached. You’ve got integrity and boundaries. Fantastic. Pepper that with tact and temperance? You’ll go far, kid.”

My role as a parent is NOT to promote silence, it is to undo anything I’ve taught her about politeness that makes her dishonest and small – especially to herself. It’s to support her integrity while teaching kindness, tact and temperance.

Here’s the thing… I think that before anyone takes marriage vows to anyone else, they should make vows to themselves:

I take you, Karen, to be my forever love.

I promise to be true to you in good times and in bad, in sickness and in health.

I will love you and honor you all the days of my life.

“I promise to be true to you.”

What does that mean?

It means that you promise to not lie – especially to yourself.

It means that you promise to say YES to things you want, even when it might seem nuts or selfish to everyone else.

It means that you promise to say NO to the things, people, and situations that suck the life out of you – even if just in the moment – in order to be polite or ‘conform’ to what’s popular, or seems like everyone else’s great idea.

It’s not bullshitting YOURSELF, first.

It’s being true to your beloved, yourself.

And there-in lies the greatest gift. The freedom to be naked, exactly as you are.